Photo by Alex Holyoake on Unsplash
Not long ago I was on the phone talking to a friend. During the conversation, she said something that upset me a little but I ignored it and we eventually got off the phone. Now understand…I wholly believe in honor and respect for my parents! Whether or not I agree with what they say or do doesn’t matter, the honor for my parents is not subject to what they do or do not do, because no matter what they do they will always be my parents. So no matter what they do, they must be honored. Now understand what honor is. Honor is valuing them enough to not speak bad about them or too them and to honor who they are as your parents. Agreeing with a person and honoring a person can be different. I say that to say that I didn’t speak to my Mother in any way to express my dislike of what she said. She actually had no idea about it because my voice and treatment of her does not adjust or change.
So anyway, time went on and I began to hear the words that my friend said to me ring in my mind and heart over and over. After a few days I had to call them and say, “When you said XXXX it made me feel like XXXX and I can’t get your words out of my head. I keep hearing them over and over. Will you please, do me a favor and say the opposite of XXXX so I can get these thoughts and your voice saying them out of my head?” She of course apologized and said she didn’t mean it that way, which I knew she didn’t which is why I didn’t make a big deal over it initially. However, at the end of the day, her words became a big deal and had a lasting impact on me. It wasn’t until I asked her to replace those words with opposite ones that her words were removed from my head to the point where I now honestly don’t remember what they were to even add them here.
I say that to say, “Your Words Matter”, and they will matter more to some people than they will to others. Just because she was my Mom she couldn’t say just anything to me as her son if she is concerned about the impact of those words because what she says will matter more than what someone else may say. I was talking with one of the fellas a few days ago about getting married. We have had the discussion before and I told him like I have others, that I really want to get married but I’m waiting for the woman that will “really” help me more towards the purpose for my life and not just be someone that loves God, that I’m attracted to and that works out to keep her body together; and all of those are vital for me! (Just thought I would add that…Ya Kno!) So after saying it again, my friend proceeded to me, “Yeah…I heard you when you said that, but I wasn’t satisfied with your answer.” I stopped in my tracks and gave him the crazy look followed by, “I don’t give a “Flying Fig Newton” what you think dude! If I want your opinion I’ll give it to you! You being satisfied with my answer “is” as important to me as how many clouds there are in the sky at 4 o’clock in the morning while I sleep!”
He laughed but got the point and knew I was not playing and after pulling my foot off his chest, he understood my position. So I say that to show a clear distinction between his opinion and my mothers. Most dudes in my life are cool, but very few of them have words that will really move me and this is done on purpose by me because words do matter. If I let the “wrong” person, use the “wrong” words, in the “wrong” way they could affect me “wrongly”! But the place of having important words doesn’t exist for everyone; actually it exist for very very few in my life.
You are important to someone. You are dear to someone. You are valuable to someone. So with that said, in the life of someone “Your Words Matter”. So I ask you to be very careful of the words you use and how you use them. You may be like my friend to some people and your stupid words may be thrown right back at you; however, to someone else your words may impact them in a way that might make a damaging effect upon them. Are you willing to take that risk with the hearts and minds of the people that care about you? If you are, you should be beat with 48 pounds of wet noodles until your thinking gets better! Keep in mind that you and your words have the ability to help or hurt. So how will you use them because your words really do matter?
Thanks for Reading and Have a Great Day!
What Do You Think? We would Love to Hear From You. Please Leave a Comment Below. Thanks!

I Am CENTRY™
I SERVE, HONOR & PROTECT with the Heart of A SERVANT, SOLDIER & HERO that’s Always Fruitful & Multiplies.
For More Information, Visit Us @: Centry.me or CentryLeague.com 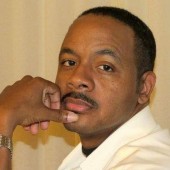 Not So Little Things